THE LEAST ANTICIPATED MATCH IN HISTORY

It was just added to the Elimination Chamber kickoff show, and it features these two gentlemen: 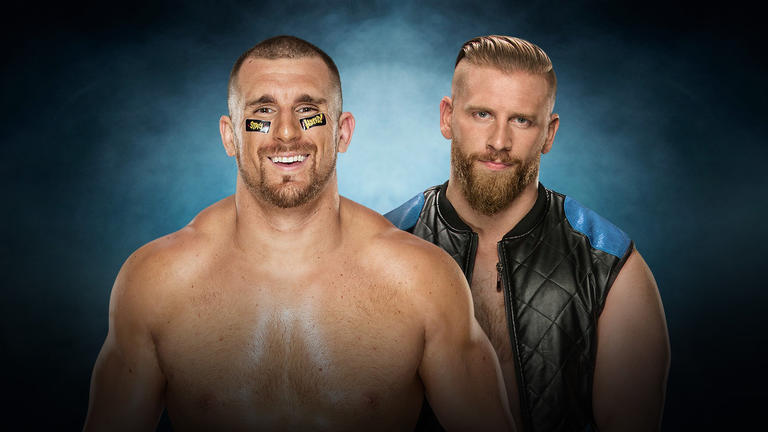 We're finally going to get that Mojo Rawley vs Curt Hawkins match
that we've all beev wanting for so long!!!

The one we've never seen before except for that one time we did back in December but nobody cared so we all forgot about it!

FOR THE FIRST SECOND TIME EVER.

This calls for a celebration!

No but wait, don't you understand, they've apparently been feuding backstage for literally DAYS now!

No, but seriously, they already have seven matches on the main card, including a Tag Team Turmoil match, a handicap match and the Elimination Chamber Match itself, which is going to last a half hour by itself most likely.

They couldn't have moved one of those matches to the Kickoff-show? Like Becky vs Mickie or Dolph vs Two-Babyfaces-That-Are-So-Beloved-By-The-Fans-That-They-Cheer-When-They're-Hit-With-A-Chair?

Instead we get this thing shoe-horned in to the pre-show, Not gonna lie, I'd rather see Carmella vs Thunder Kitty again instead of anything featuring this guy:

I'm stealing my own joke from five months ago, but he looks like he just gave a rim job to the Stay Puft Marshmallow Man.

Whatever happened to his terrible Chuck Norris Joke gimmick? Did we just give up on that one?

Also, bigger question, which roll-out of a returning talent in 2016 lead to the bigger disappointment? Curt Hawkins or The Shining Stars?

And it's not even close, right?

I mean, he's by far the worst guy in this pre-show match, and the other guy is MOJO RAWLEY.

This turned into an "I-Hate-Curt-Hawkins" column so gradually, I barely noticed, and I'm writing it.

Anyway, enjoy the Kickoff Show on Sunday, everyone!