So according to a report by Justin Barrasso of Sports Illustrated the reason why we're not going to get Rey Mysterio back in WWE is because of this guy: 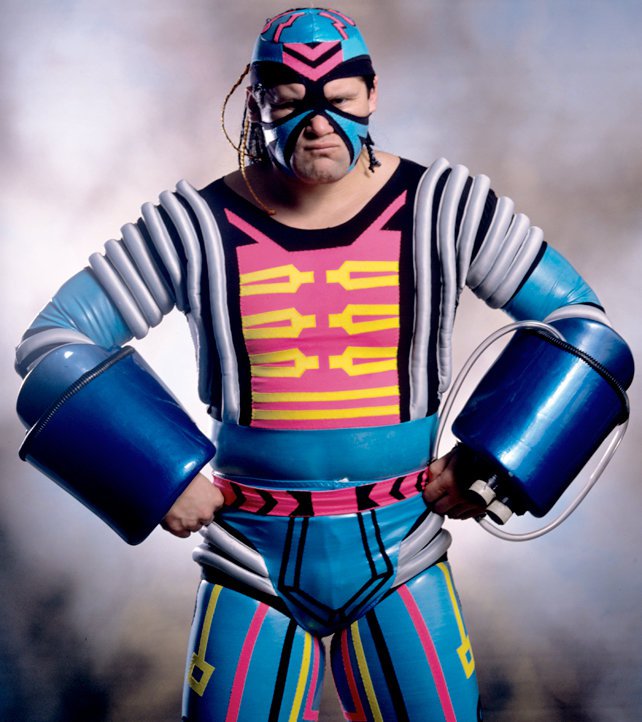 Well, not that guy. THAT guy is Paul Diamond.

That CHARACTER is Max Moon, the only WWF Superstar to be billed as being "FROM SPACE."

He made his debut on the very first episode of RAW, January 11, 1993, facing Shawn Michaels for the Intercontinental Title. He lasted less than two months, dying out when Diamond was released at the end of his contract.

But Max Moon was supposed to be played by THIS guy:

But rather than play Max Moon, Konnan decided to leave WWF and go back to Mexico. He was "speaking on this" as part of the nWo in WCW just a few years later.

Twenty-five years later, that grudge he still holds against Konnan for abandoning the gimmick of Max Moon (as well as the very expensive costume) has lead to Vince passing on re-signing former World Champion Rey Mysterio Jr.

You see, Konnan is basically Rey's de facto agent, and rather than work with Konnan, Vince has decided to let Rey join GFW.

Again, this is all according to a report in Sports Illustrated.

Apparently, Konnan was backstage at a recent SmackDown as Chris Jericho's invitation and "his appearance did not help mend any of the issues that exist between himself and the WWE office."

It was reported last month that Rey was in early negotiations with both WWE and GFW, and then just two days later we heard that GFW had already made him an offer.

Rey could also decide to stick with Lucha Underground, but they haven't even announced a Fourth Season yet, so all signs point to him joining GFW Impact and becoming their biggest star, leaving Kalisto as the most prominent Latino on the WWE roster. (That is, unless you count Colby Lopez.)

Because Vince still blames Konnan for the failures of Max Moon.