Which Celebrities Could Be Involved in WrestleMania 34?

The rumor mill is already in full motion ahead of WrestleMania 34 next year in New Orleans, Louisiana, with talk turning to who could be part of the annual flagship event in the WWE. Celebrities and big names from the world of sport have a tradition of appearing at WrestleMania in some capacity, so here is a look at three names who we may see at the ‘Grandest Stage Of Them All’ in April.

Floyd Mayweather made his WWE debut back in 2008 when he first appeared at February's No Way Out. He quickly became involved in a feud with The Big Show, which resulted in the pair meeting at WrestleMania XXIV in a no-disqualification contest which Mayweather won following a single punch with the help of a pair of brass knucks.

The former pound-for-pound number one is set to return to the boxing ring next month face UFC star Conor McGregor. In the Mayweather vs McGregor fight odds, most pundits are predicting Money will win the fight, where he is available at 1/6 in the betting, with a number of fight-specific enhanced odds and welcome bonuses being offered by bookmakers.

Mayweather is 4/6 to win by stoppage against his Irish opponent and that looks the most likely outcome as McGregor has never fought in a boxing match before, so he is likely to be out of his depth when he takes on one of the greats of the sport, who is making a comeback following his retirement in 2015.

Following the fight with McGregor, Mayweather is likely to be looking for a new project and WrestleMania 34 could be on his radar. The unbeaten boxer has had a taste of the WWE and that might just lead to the American coming back for more in 2018.

One of the biggest names in women’s MMA, Ronda Rousey, has been linked with a switch to WWE, where she could fight SmackDown! champion Charlotte Flair in New Orleans. It would not be the first time that the UFC fighter has appeared in the WWE as she did so at WrestleMania 31, throwing Triple H and Steph McMahon out of the ring to help The Rock.

Rousey has not fought in the UFC since her defeat to Amanda Nunes last December in Las Vegas. The popular martial arts fighter has been involved in numerous other projects, though, including as an actress in some leading films. She also appeared at the recent Mae Young Classic tapings to support friend Shayna Baszler. 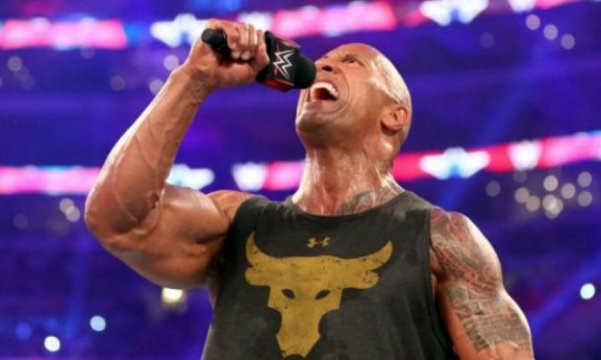 Dwayne Johnson, better known as the Rock in the world of wrestling, is one of the most popular athletes in the history of the WWE. The People’s Champion has made a number of appearances at WrestleMania since he left the business to concentrate on his acting career in 2013. The one fight wrestling fans would love to see at WrestleMania 34 is Roman Reigns against The Rock. Reigns is one of the biggest names in the WWE today and if he could overcome the former champion and cousin, he would earn the respect of the whole WWE Universe.

Whoever appears at WrestleMania next year, it is sure to the best to date as the WWE always look to go one step further in ensuring the flagship event is the highlight of the year in wrestling.