The WWE has announced that, along with the Cruiserweight Championship Match between Neville and Austin Aries, The Andre The Giant Memorial Battle Royal will take place on the WrestleMania Kick-Off Show.

Last year's Battle Royal was on the main card, almost at the end of the show. The one at WrestleMania was also on the Kickoff-Show. That one was won by The Big Show, who is looking to become the first two-time winner of the match. Braun Strowman is currently the favorite to win, having announced his intentions to enter on last night's Raw.

Also, the WWE announced that the second hour of the two-hour pre-show will also be simulcast on the USA Network, which is when the Battle Royal is expected to air. This is in addition to being broadcast on the WWE Network and their YouTube channel as well, which is where you can see the full two hours.

UPDATE:  The WWE has just announced that the SmackDown Women's Title Match, Alexa Bliss vs "Every Available Woman On The SmackDown Roster", will also be on the Kick-Off Show. 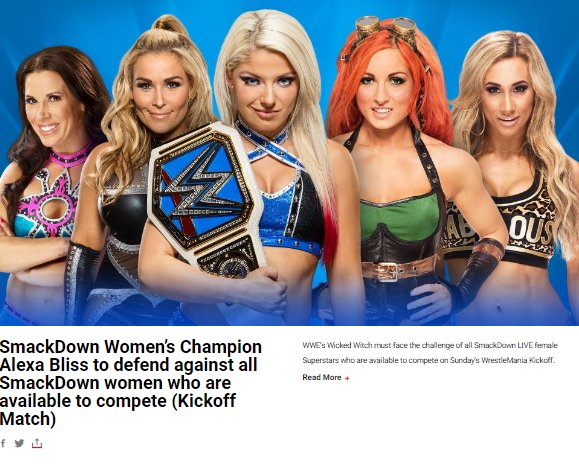