It has been reported by USA Today, and confirmed by the WWE, that former Women's and Divas Champ, "The Glamazon," Beth Phoenix, has been selected for induction into the WWE Hall of Fame for 2017. 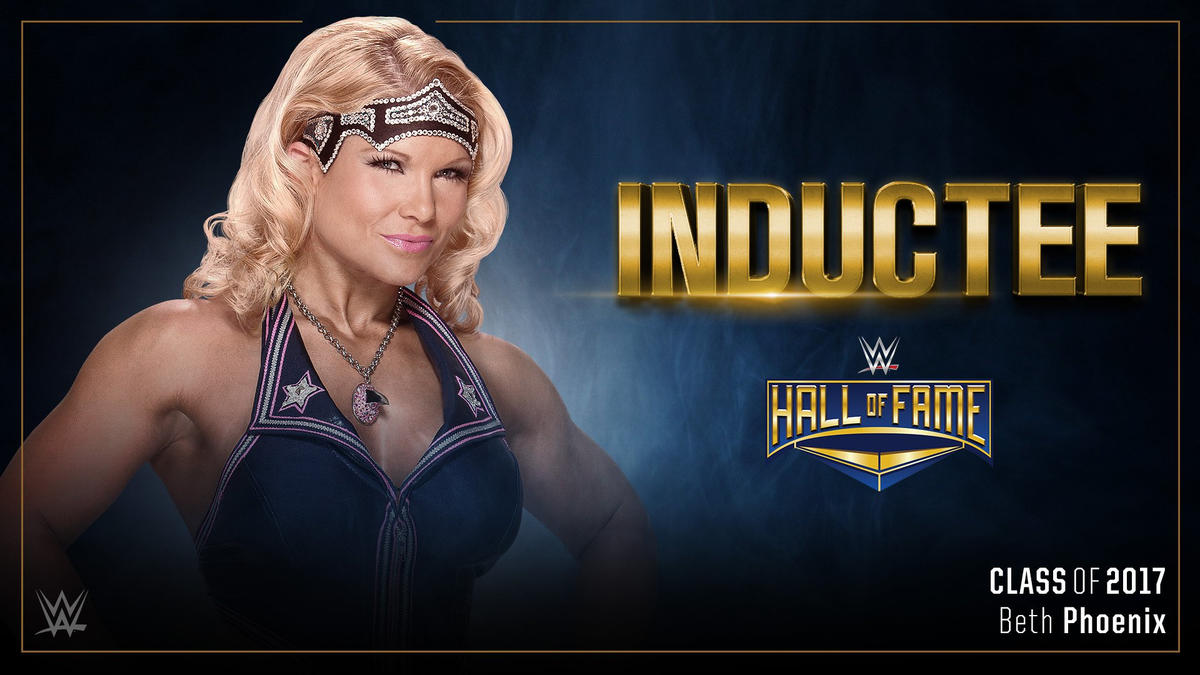 Phoenix first arrived in WWE in 2006, brutalizing Mickie James and aligning herself with fellow WWE Hall of Famer Trish Stratus. Unfortunately, a jaw injury forced Phoenix to the sidelines just weeks after her debut. ...

Within months of her return to WWE, Phoenix captured the Women’s Championship and dominated the division for months ... She also was part of an unlikely, yet infamous power couple with Santino Marella. In fact, it was Phoenix who won herself a second Women’s Championship and Marella the Intercontinental Title in a Winner Take All Tag Team Match at SummerSlam 2008.

Phoenix went on to capture the Women’s Championship once more, as well as the Divas Championship before stepping away from the ring in 2012. On top of her championship glory, The Glamazon was a pioneer, truly showing what women could do inside the squared circle.

Recent News
Thunder Rosa: I Would Love To Defend The AEW Women's World Title In Japan But That's Up To Tony Khan
Dax Harwood Will 'Beat The Shit Out Of You' If You Think You Admire Bret Hart More Than Him
Scorpio Sky Wants To Do More Acting But Knows Not Everyone Can Be As Successful As The Rock
Gisele Shaw Confirms She's Signed To IMPACT Wrestling, Discusses 'Quintessential Diva' Character
Ric Flair Has Invited Hulk Hogan To Starrcast V, But Not To Wrestle Him
Tony Khan Explains How He's Tentatively Planning AEW Double Or Nothing Around Celtics-Heat Game 7
Results
NJPW Best Of The Super Juniors 29 Night 8 Results (5/25): Hiromu Takahashi Battles YOH
Jeremy Lambert May 25, 2022 8:34AM
NWA Powerrr Results (5/24): Ella Envy vs. Max The Impaler; Trevor Murdoch vs. Mike Knox Headlines
Robert DeFelice May 24, 2022 11:23PM
WWE NXT 2.0 Results: Bron Breakker In Action, Mandy Rose vs Indi Hartwell + More
Luis Pulido May 24, 2022 7:15PM
AEW Dark Stream And Results (5/24): Roppongi Vice, Lee Moriarty, Kris Statlander, And More In Action
Gisberto Guzzo May 24, 2022 6:45PM
Spartan Pro Wrestling Results (5/21/22): An 'I Quit' Match For Heavyweight Title Headlines
Robert DeFelice May 24, 2022 12:12PM