You might know Sage Beckett better as her former TNA character, Rosie LottaLove: 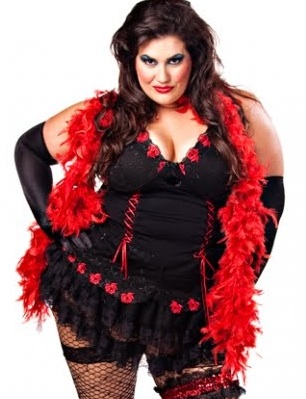 These two bring the official number of entrants to 15.

Here is the press release on the announcement.

Just 20 years old and already sporting a resume full of in-ring accolades, Rhea Ripley is a wrestling prodigy. The hard-hitting Australian was a standout soccer player in her youth, making her uniquely prepared for a career of throwing hard kicks.

In addition to having competed in her home country of Australia and Japan, Ripley is also a two-time Riot City Women's Wrestling Champion.

Sage Beckett is as tough as they come. The in-ring veteran of 10 years not only trained under ECW Originals Bubba Ray & D-Von Dudley at their Team 3-D Academy, but she has taken the hardcore philosophy to heart while revitalizing her squared-circle career.

Beckett found considerable success competing in various promotions like WXW Elite and Shine before deciding to retire in 2012. Still yearning to do battle between the ropes and unleash pain on her opponents, she made her return in 2014, coming back 130 pounds lighter. Behind her new lean and mean appearance, Beckett is making the most of her second squared circle go-around that she hopes will crown her the inaugural Mae Young Classic winner.