- There was no mention of "Saudi Arabia" during the Crown Jewel broadcast other than Michael Cole stating that the 'King Saud University Stadium' was sold out.

AEW Dynamite Results 3/3/21 Shaq and Jade Cargill vs. Cody Rhodes and Red Velvet, plus much more

The rounds and the exciting competitions continue and amazing interactions from the fans.#WWECrownJewel pic.twitter.com/bWbERu5iwt

The #WWECrownJewel championship commence in the presence of the Chairman of General Sports Authority H.E. Mr. Turki Al-Sheikh. pic.twitter.com/FTRFrIgfVh

- Rey Mysterio did not have the signature cross on his mask at all during today's show and the cross was edited off of his graphic for Crown Jewel. 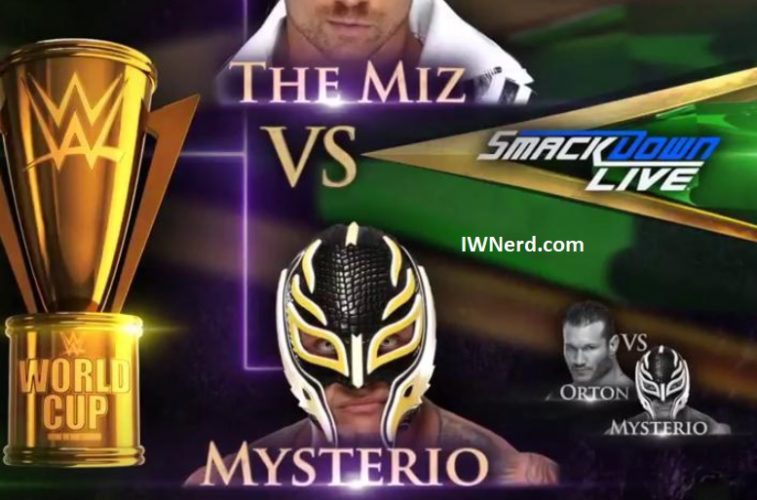 - Kurt Angle wrestled his first singles match in WWE in twelve years and fell in defeat to Dolph Ziggler.

- The SmackDown Live Tag Team Champions 'The Bar' along with their enforcer Big Show commented on their victory over New Day:

- This upcoming Wednesday, AJ Styles will have officially been WWE Champion for a full year.

- AJ Styles versus Brock Lesnar, and Seth Rollins versus Shinsuke Nakamura has been added to the Survivor Series match card.

- Shane McMahon filled in for The Miz in the WWE World Cup finals and won. "Acting General Manager" of RAW Baron Corbin had the following to say about that:

- During the main event of WWE Crown Jewel which featured Triple H and Shawn Michaels taking on The Undertaker and Kane, Triple H suffered a pectoral injury and to read Fightful's exclusive article on that, click here.