The Twitter account @AmyMek which consistently sends out odious and benighted tweets directed at Muslims has been revealed to be owned by the wife of a now, former WWE Executive. The account has tallied up over 200,000 followers and has received endorsements from the likes of Donald Trump and Roseanne Barr.

The Huffington Post published a lengthy article on the topic which noted that the account would send out around 25 tweets per day with the same message primarily directed at Muslims. 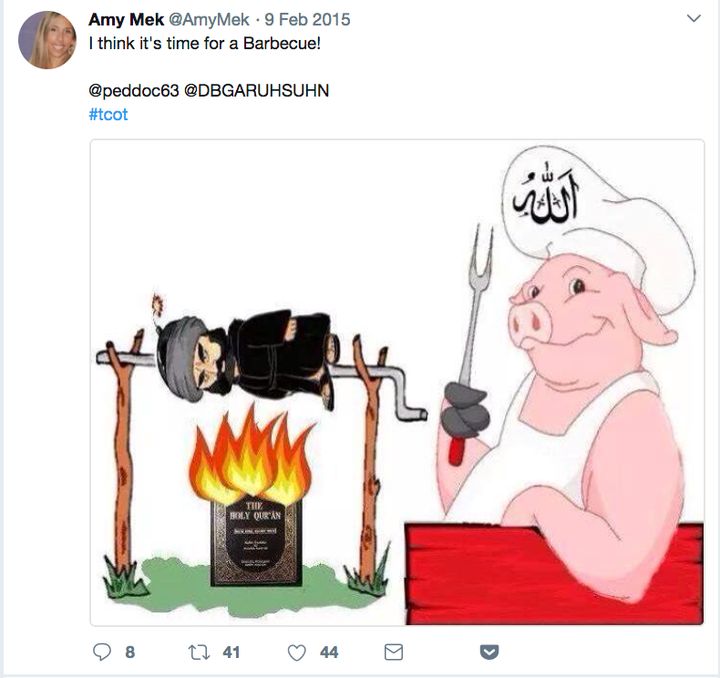 The real identity behind the user of the Twitter account is Amy Jane Mekelburg who is the wife of Salvatore “Sal” Siino who is the WWE Executive that was released from the company due to the discovering of the account that his wife was running. A family/friend of Siino and Mekelburg told the Huffington Post that WWE knew about the @AmyMeck Twitter account but told Siino to keep quiet about the situation.

The publication reached out to WWE about their knowing of the account and a spokesperson told them that it was the first time that they have ever heard about it. Huffington Post then reached out to WWE a second time before this story was published and asked if they knew about @AmyMeck before her husband was brought into the company in 2017, and the spokesperson stated, “No, now that it has come to our attention, Sal Siino is no longer an employee.” In wake of the report @AmyMeck went on a tirade on Twitter to express her thoughts on the topic at hand.

ALERT! I NEED YOUR HELP - This is SHOCKING!

O’Brien has been viciously harassing me, my husband and my loved ones for having an opinion different than his, and supporting @realdonaldtrump.

O’Brien went so far as to contact my husband’s employer and had him fired because of MY OPINIONS and my fight for Jews to exist.

My husband was wrongfully fired & discriminated against based on nothing he said, but the fact that his wife stood up against oppression, discrimination, honor killings, female genital mutilations, etc.

Not only do I stand up for MY rights but also for women, LBGTQ, minorities, and persecuted Christians throughout the world.

To make this very clear, my husband was fired because of my pro-Trump, pro-Jewish and pro-Christian voice. Spouses will now be punished, hunted and harassed for their partners’ thoughts and opinions.