Infamous WWE fan The Tye Dye Guy was in attendance at Raw last night, front row, in full view of the hard cam, and he was dressed in Hulk Hogan red and yellow. You can see him here during the first match of the night: 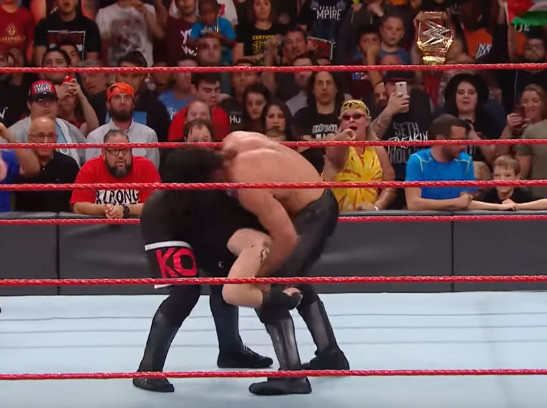 Daniel Bryan Thought Roman Reigns Would Be Cheered At WrestleMania 37, Says He Catered To Boos

Later in the evening, WWE officials had security move him elsewhere at ring side where he wouldn't be so distracting to the non-Hulkamaniacs in the audience. Tye Dye Guy tweeted about it:

Hogan saw the Tweet and responded with support for his number one fan.

@TyeDyeGuyWWE sorry about THAT my brother,they probably thought you might slam Strowman HH

They thought that Tye Dye Guy was going to hop the barricade and body slam Braun Strowman.

That was the reason they moved him.

No other reason at all.