WWE's Great Balls Of Fire Promo Is Ridiculous, Logo Is Kind Of Pornographic

MSK: If You Don't Grow At The WWE Performance Center, It's On You

THE LOGO LOOKS LIKE A DICK AND BALLS FOR GOD'S SAKE

So in case you somehow missed it, Raw's next Pay-Per-View on July 9 is called Great Balls of Fire.

Yes, after the Jerry Lee Lewis song. Yes, the one from 60 years ago.

I made jokes about it when they announced it.

Well, now they have a promo video for it. And they're not shying away from the fact that this PPV is named after a song that was a huge hit in the 1950s.

No, they're leaning into it. HARD.

This, my friends, is what is known as "turning into the skid."

HOLY SHIT there is a lot of 1950s imagery in that thing.

It's like an episode of Happy Days threw up in here.

And if you think that's ridiculously misguided and out of touch, wait till you see the logo.

MY GOD, THE LOGO. 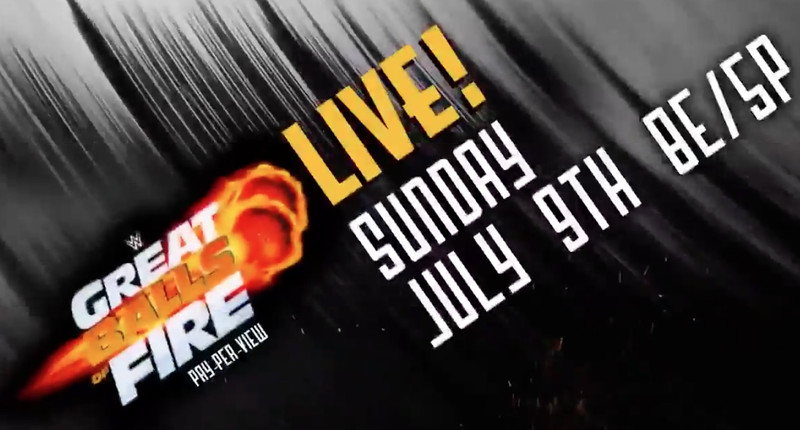 The "Balls" part of the logo is literally "On Fire."
And they have actual Balls. Balls Of Fire.
And the flame trail makes it look like a penis and testicles.

I give it until Raw tonight before that logo is changed, but it's too late.

The PPV you named after a song that came out when you were in the fifth grade, that you insisted was hip and cool and what the kids are talking about now, the logo that was made for that PPV, the logo that YOU signed off on, that logo looks just like a dick and balls.

This thing couldn't be any more of a laughing stock if it tried.

Well, I mean, I guess they could do another House of Horrors match.

That would do it.