The WWE UK Network Special Has An AIr Date

As part of the WWE UK tour, there was a two night event in Norwich, featuring the UK Championship Tournament alumni and culminating in Pete Dunne defeating Trent Seven to win a shot at Tyler Bate's UK Title at next weekend's NXT Takeover Chicago.

But we didn't know when--or if--we'd ever get to see those matches on the WWE Network.

Because this showed up on the WWE Network Schedule: 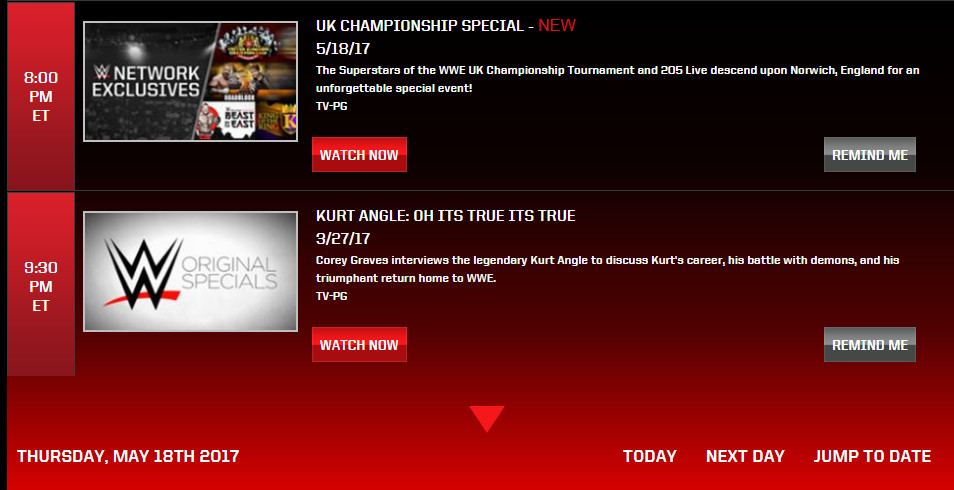 Yes, this coming Thursday, May 18, for 90 minutes starting at 8 pm ET, we'll be able to see stuff from the WWE UK Live Event.

The listing on the schedule says:

"The Superstars of the WWE UK Championship Tournament and 205 Live descend upon Norwich, England for an unforgettable special event!"

No official announcement has been made as of yet, and we don't know if this will be content from both Norwich dates edited together or if there will be a second episode to air later, but it's good to know that we'll be able to see Dunne earn his #1 Contendership a few days before we watch him face Bate at Takeover Chicago.