Jon Jones' Twitter Picture Is The Best Thing Ever

Jon Jones gets it.

Following his one-year suspension by USADA from ingesting a substance tainted with clomiphene, Jones changed his twitter picture to the infamous 'Crying Jordan' meme, with a Jon Jones twist. He also responded to the change, saying he's remaining optimistic about the future and the situation he's in. 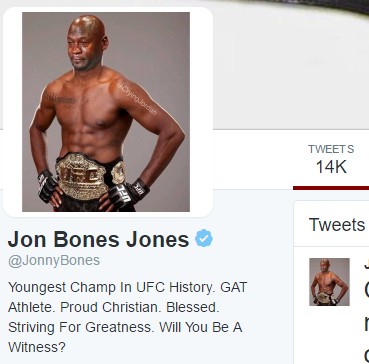 Oh thanks yea I figured I'd have a laugh at myself. I know there's great things ahead of me https://t.co/QQaXrUjHDP

Jones, who is known for his solid social media troll game, has also been known to delete tweets, Instagram videos and more. Still the interim UFC Light Heavyweight Champion, Jones won't be eligible to return to the cage until next July. He still awaits a planned Nevada Athletic Commission disciplinary hearing for November 10.