Patron posted an Instagram photo of himself out to dinner with a lady friend, Sin Cara, and Hijo De Dos Caras.

A harmless enough photo, but one commenter couldn't help but compare Patron's new squeeze to Paige, who Patron was famously engaged to in 2016. And Patron felt the need to pile on. 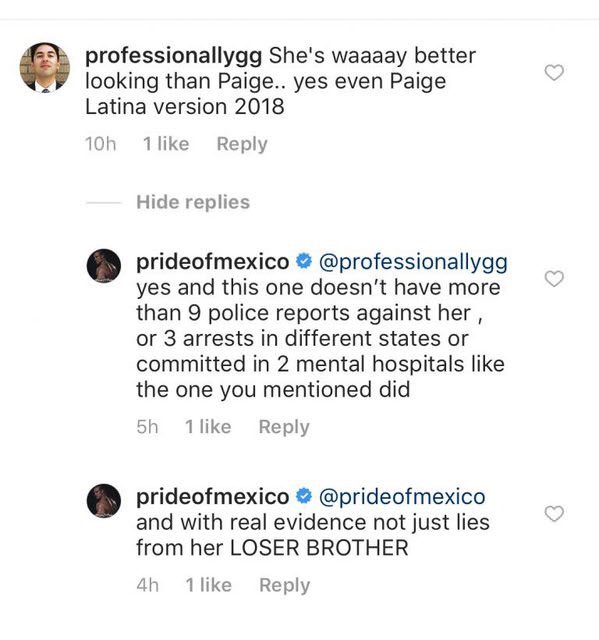 Patron and Paige split in late 2017. Paige returned to WWE television in November 2017 after a tumultuous year that included health, personal, and relationship issues.