Momentum. Webster's defines the word as "strength or force gained by motion or by a series of events The wagon gained momentum as it rolled down the hill." WWE announcers define the word as "a victory on Raw or SmackDown prior to a Network event."

You've no doubt heard Michael Cole or Corey Graves or Tom Phillips use the phrase, "(WWE superstar) is building momentum before (Network event)" following a victory on Raw or SmackDown. We're supposed to believe that a victory on television sets them up for a victory on the Network special. After all, momentum is everything.

But how much does momentum really help in the WWE Universe?

In 2018, there have been six Network specials. That's six opportunities for RAW and SmackDown superstars to "build momentum" prior to the event. 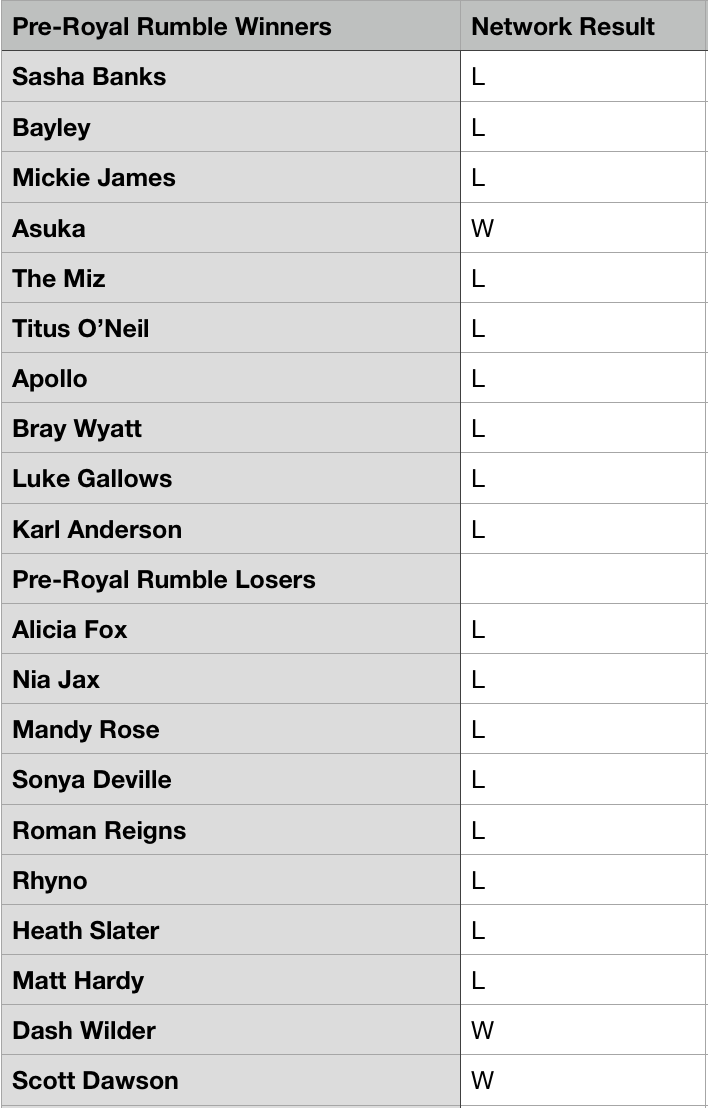 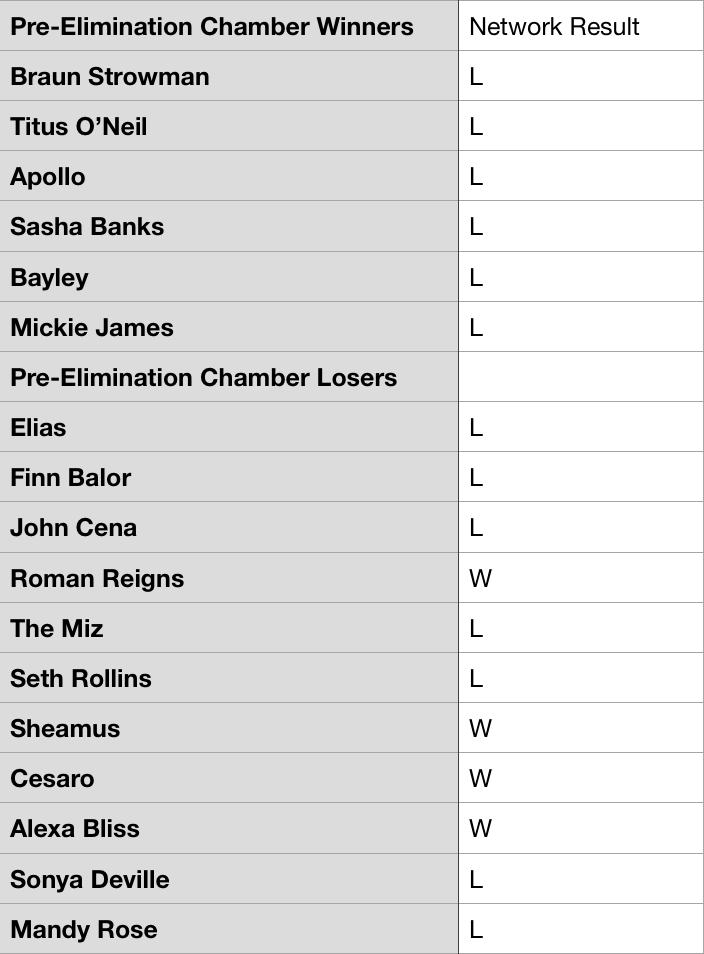 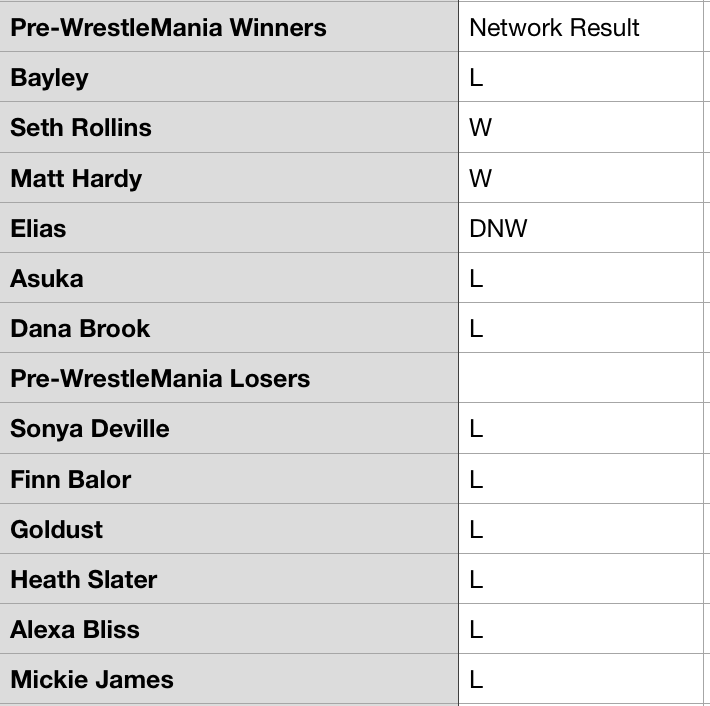 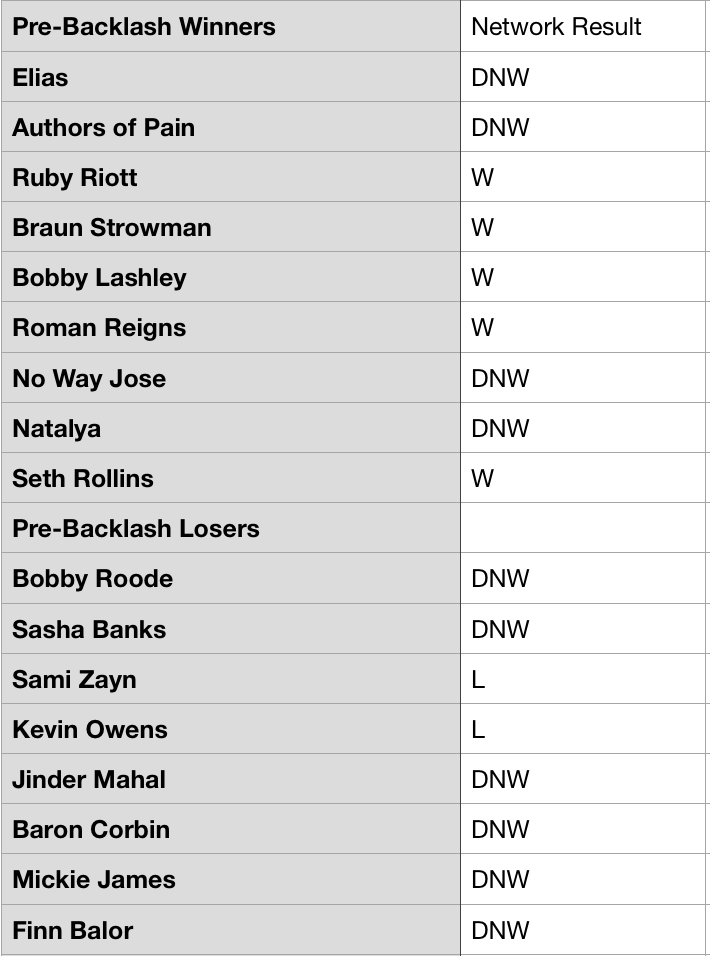 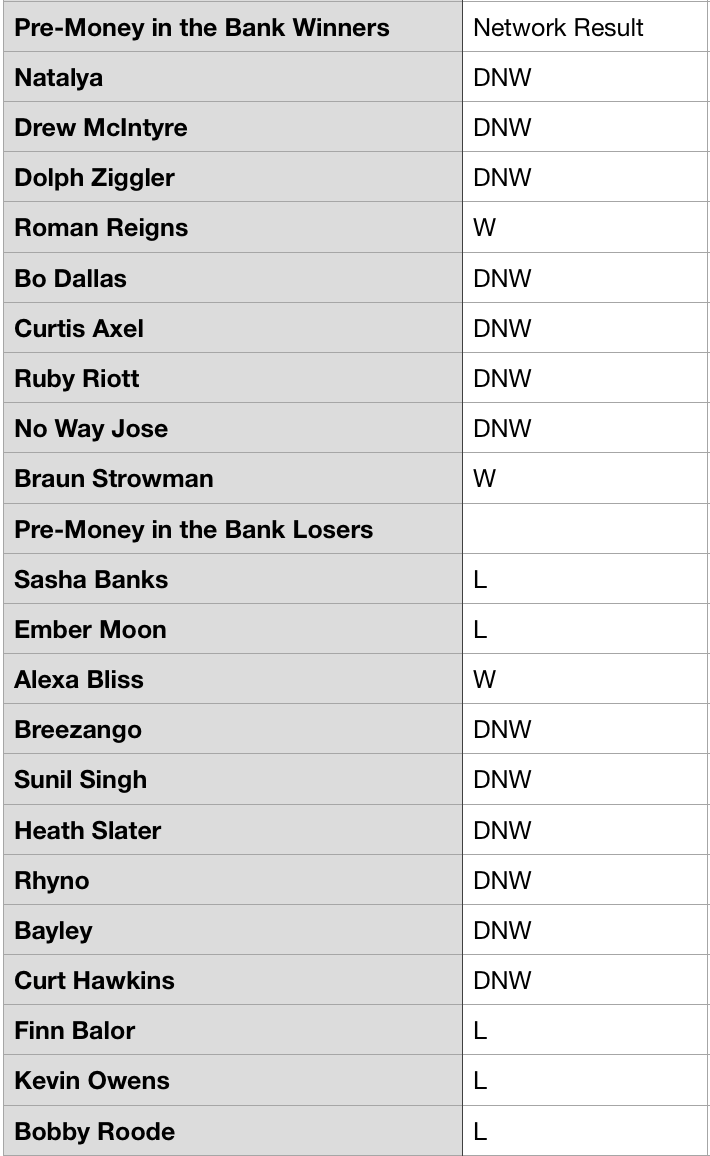 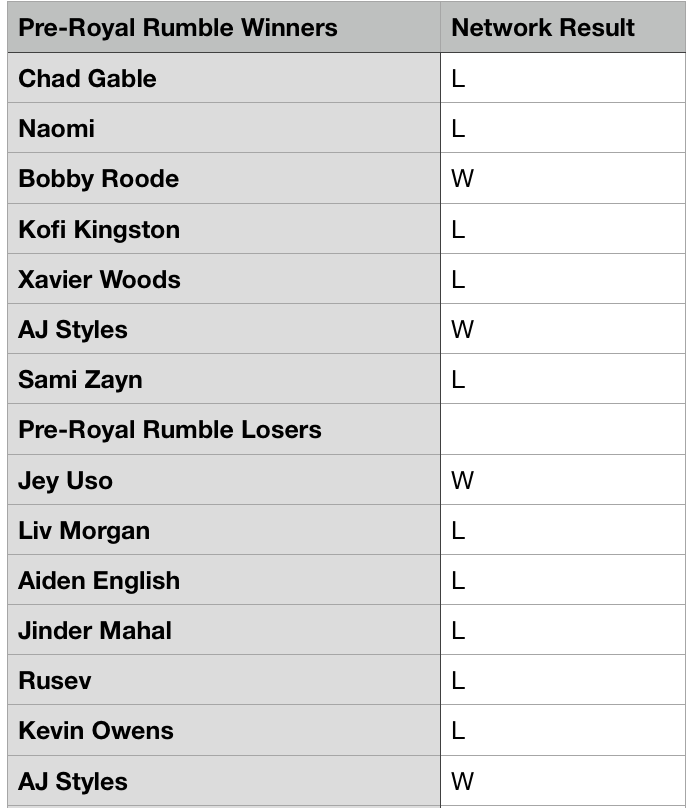 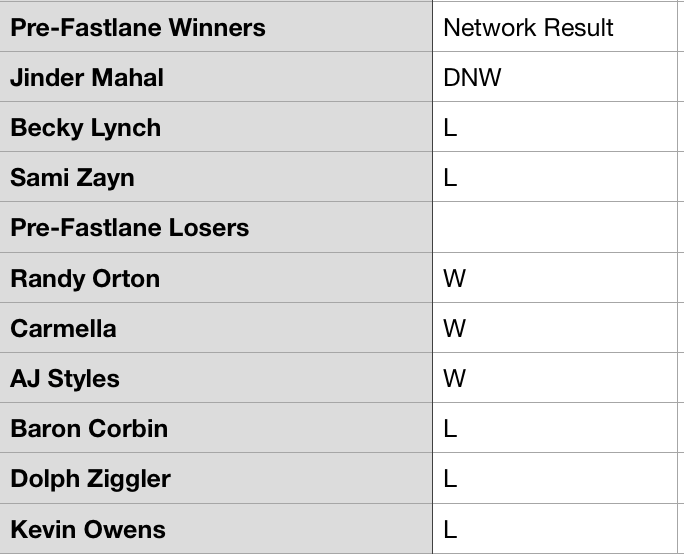 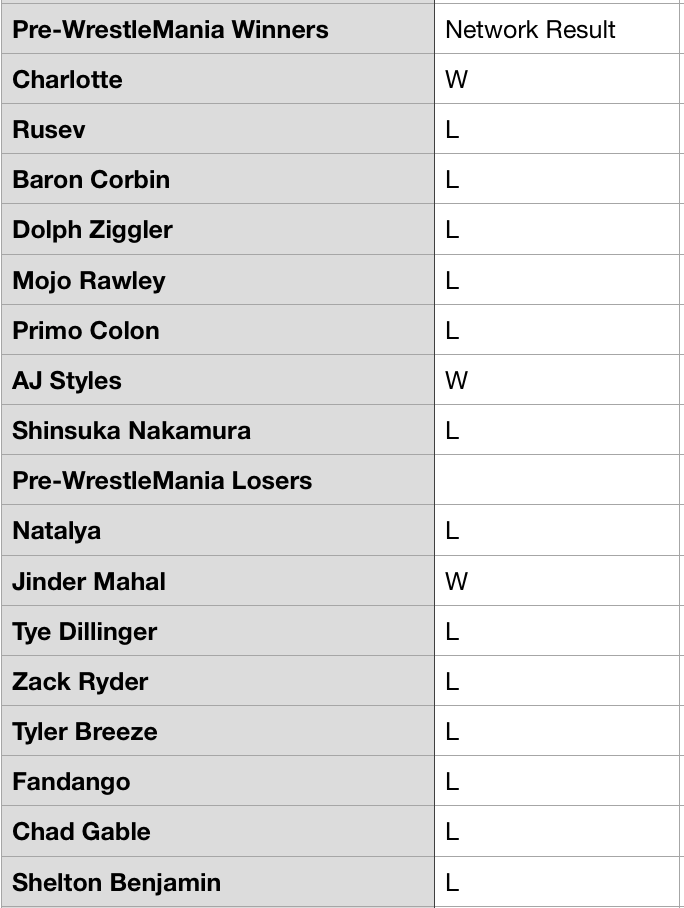 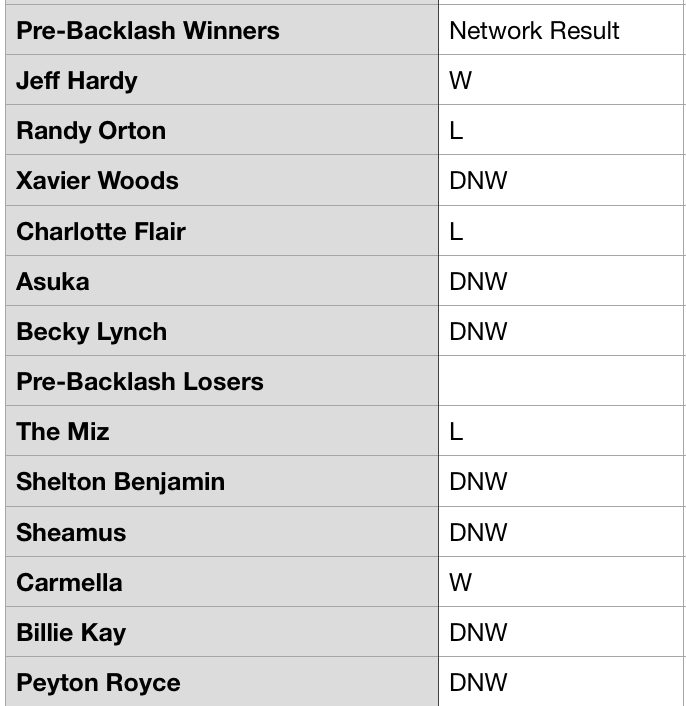 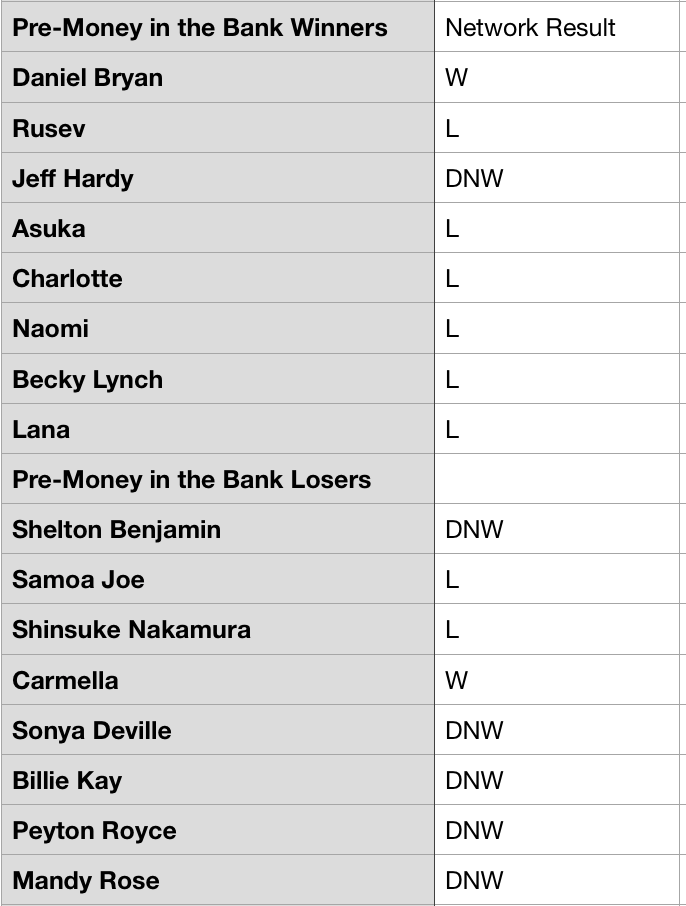 SmackDown superstars who won prior to the Network special went 6-21, 5 did not wrestle. Losers combined to go 8-18, 9 did not wrestle. There were less uneven multi-superstar matches on SmackDown, leading to less overall losses.

*Once you take out the Rumble and battle royals, losing on SmackDown prior to a Network event appears to be. Good sign for your chances on Sunday.

*Every RAW superstar who won prior to Backlash or Money in the Bank went on to win at the the pay-per-view, if they had a match.

*Due to the combining of brands for pay-per-views, the number of superstars who did not wrestle shot way up after WrestleMania.

*Aside from the Authors of Pain, tag teams were listed as individuals. I also didn't take into account who scored or took the pinfall/submission in multi-superstar matches.

So, does momentum matter in the WWE Universe?

It does on RAW, at least as of late. As mentioned, since WrestleMania, if a superstar won on RAW and had a match on Sunday at the pay-per-view, they won their match. In WWE Universe terms, that means they carried their RAW momentum into the pay-per-view and it helped them pick up another victory. SmackDown is a different story. Losers prior to the pay-per-view have the best winning percentage of any group. You're better off having no momentum on SmackDown.