Where I find random Dutch Insurance Commercials
that star Hulk Hogan and I troll the balls off them.

Just in case you thought ol' Hulk Hogan was good on money after bankrupting a news website, I present to you: THIS:

That is a commercial for a Dutch Insurance company, Centraal Beheer.

Here is the synopsis from the YouTube description, after being run through Google Translate:

Mark, Margaret and their two sons are on holiday in America. Today, the family will visit one of the busy piers along the coast. Sees a street thief chance to snatch away the bag of Margreet. The chase is a chance. Away bag! Or not? Because just down the pickpocket is caught by an impressive beefcake. One that only too happy just steals the show ...

No word on whether this guy is going to sue his old buddy for gimmick infringement. 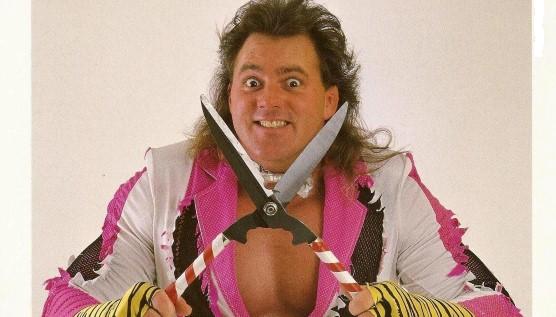 But Brutus might let it skate, if Hogan cuts him in on that sweet, sweet Dutch insurance money.

But getting back to the video...

Mark and Margaret are enjoying a vacation with their boys in America, being touristy, taking selfies (with a selfie stick!) of their heads sticking through the holes in one of those plywood things.

And also because he's looking around all shifty eyed, like that dog from that episode of the Simpsons.

And the shifty-eyed hoodie wearing purse snatcher snatches Margaret's purse and makes a break for it.

But he doesn't get very far, because there's a Hulkster waiting for him.

He runs smack into Hulk Hogan's chest, and falls down.

We know it's Hulk Hogan because he's wearing a Hulkamania shirt.

That means "You're in trouble" in Dutch. And boy, is he.

Hogan starts out by giving this low-life his signature move: The Tombstone Piledriver.

The guy screams out " Wait, I'm a really big fan!" or something, and makes this face:

Not sure if he's afraid of getting the Tombstone or being that close to Hogan's crotch. Probably the second one.

They do a super close-up and we can see that the snatcher's head comes nowhere near connecting with the ground.

And that's the joke. Hogan only knows how to beat up a guy if he's faking it.

We realize it as we watch the snatcher realize it.

But the crowd has no idea, they're still cheering for Hulk and he's eating it up.

So Hogan does, with another of his very famous Signature Moves, The Superfly Splash.

Shut up. Just go with it.

And the snatcher is fine. Didn't even get a scratch.

And while the Hulkster is soaking in all the adulation of his Hulkamaniacs, the snatcher gets up and runs off.

Margaret sees the snatcher walking off and tries to follow, but Hulk's got her in a friendly headlock.

And the moral of the story is Even Apeldoorn bellen.

Gotta hand it to Centraal Beheer, they don't screw around with fancy slogans.