and a preview of Tonight's Raw

So, I don't know if you heard, but there was this thing that happened.

Immediately after seeing this thing that happened, I had some thoughts, which you can see here:

One of these thoughts was:

"This may have ended Wrestling."

So here's the deal with that.

I may have been in shock at the time.

I still don't think I agree with the decision to book the match that way, removing the mystique of Brock Lesnar in a minute and a half, effectively jettisoning every thing they've been doing to build him for the past almost three years.

But regardless of whether or not I liked it, regardless of whether or not any of us liked it, that wasn't the point. The point was the shock value. The point was to get casual fans talking. The point was to get a mention on Sportscenter, or Good Morning America even. The point was so that friends of mine who watched WWE religiously from 1997-2005, then faded away as adult responsibilities--jobs, marriage, children--took hold of their free time, that these people would see "Goldberg Beats Lesnar" trending on Facebook, and they might tune in to Raw tonight, maybe with their kids watching on the couch, and the WWE might reclaim one old fan, and 2.5 new ones.

That was the point.

The moment was the point.

Because whether you liked it or not, whether you were happy to see "lazy-ass, suplex spamming" Brock Lesnar get his ass kicked, whether you were dumbfounded as to why they picked 49 year old Gold-Dad to be the guy to beat the guy who beat the Undertaker at Wrestlemania, if you loved it or hated it or it made you cackle with laughter or want to pull your hair out, regardless of your in the moment reaction, you gotta admit ... They got you.

It was a surprise, and it got you talking. It got you interested. It got you reading this column, and probably others like it, ahead of an episode of Raw that you're probably actually excited to watch for a change.

And even if you loved it in the moment, here's the next big question: Where do they go from here?

We already know that Goldberg has signed to wrestle at The Royal Rumble, probably IN the Royal Rumble, and all that talk of retirement, that line "Brock Lesnar, not only are you next, YOU'RE LAST!" was actually a line of bullshit.

I mean, they had to have a plan, right?

Tell me, honestly, regardless of how you felt in the moment right after that Jackhammer and the ref counted three, do you trust this company to tell this story right?

You don't, and nor should you. They've earned your distrust.

That's the problem with booking to create a "moment." If, in the process of creating that "moment," you wind up destroying almost three years of storytelling, I don't see how the result is a net positive.

I still hate the decision, but it didn't "end wrestling," as I so indelicately put it last night, while in the haze of just having seen the most incomprehensible finish of a PPV that I can remember.

But if somehow they figure out what to do with this storyline and it turns out to be amazing, I reserve the right to change my mind, and I will be the first to put up my hand and say "I was wrong."

However, if they f*ck it up, you better believe I'm going to say "I told you so."

And now for a preview of Raw:

As always, these topics come directly from the Raw Preview on WWE.com: 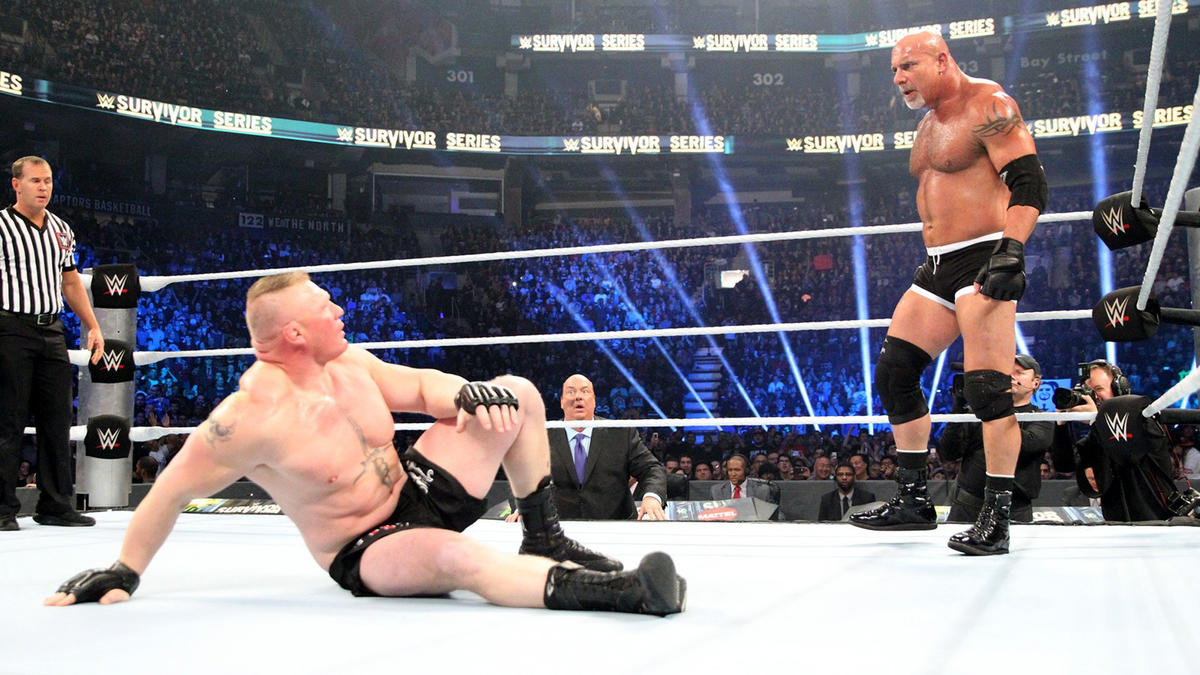 Goldberg’s Mega Match with Brock Lesnar may have been straight out of the WWE Universe’s collective fantasy, but how many people, even in their wildest dreams, saw Goldberg actually pulling it off? And how many among that group saw him pulling it off in under two minutes? The former World Heavyweight Champion has now cemented his status as The One Who Beat the One in 23-1, as well as the only man apart from John Cena to beat Lesnar twice in pay-per-view singles matches. But if he stays true to his word, the bout with The Beast Incarnate was “last” on his to-do list. Will Goldberg deliver an official farewell on Raw?

He better f*cking not.

If this was truly a one-off, it's the dumbest thing ever.

Luckily we already know that Goldberg's wrestling at the Rumble, so this is all a lazy attempt at misdirection.

They even tease him sticking around for "more in store" at the end of the above video:

THERE BETTER F*CKING BE.

Oh, and in case you were wondering, hoping for an irate Brock Lesnar to start tossing security guys into the fifth row, sadly he's not going to be on Raw tonight, and apparently neither is Paul Heyman.

Which is the first step in showing that WWE has no idea how to write this going forward.

But maybe that's just me. 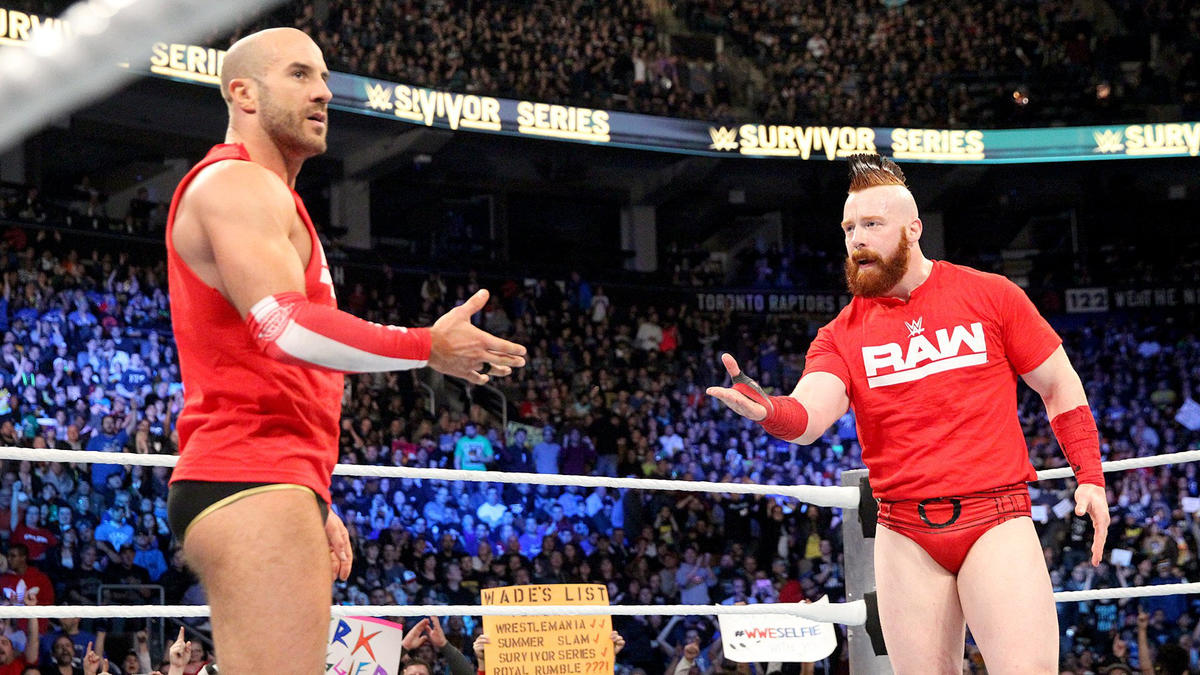 So apparently Sheamus & Cesaro, or I've taken to calling them, Sheasaro, have a title match against the New Day, who got eliminated immediately in the Survivor Series tag match via being Cocky-ass Jerks. Meanwhile, Sheamus & Cesaro won the whole match for Team Raw, and looked damn good in the process. This match is their reward.

Good for Sheamus & Cesaro. I hope they win, but even if they don't, I hope that they're finally past the whole "I hate you" phase of their story, and at least have moved on to the Wes Mantooth phase "I hate you ... but godDAMMIT do I respect you."

At least they can laugh about how much they hate each other now.
That's a start. 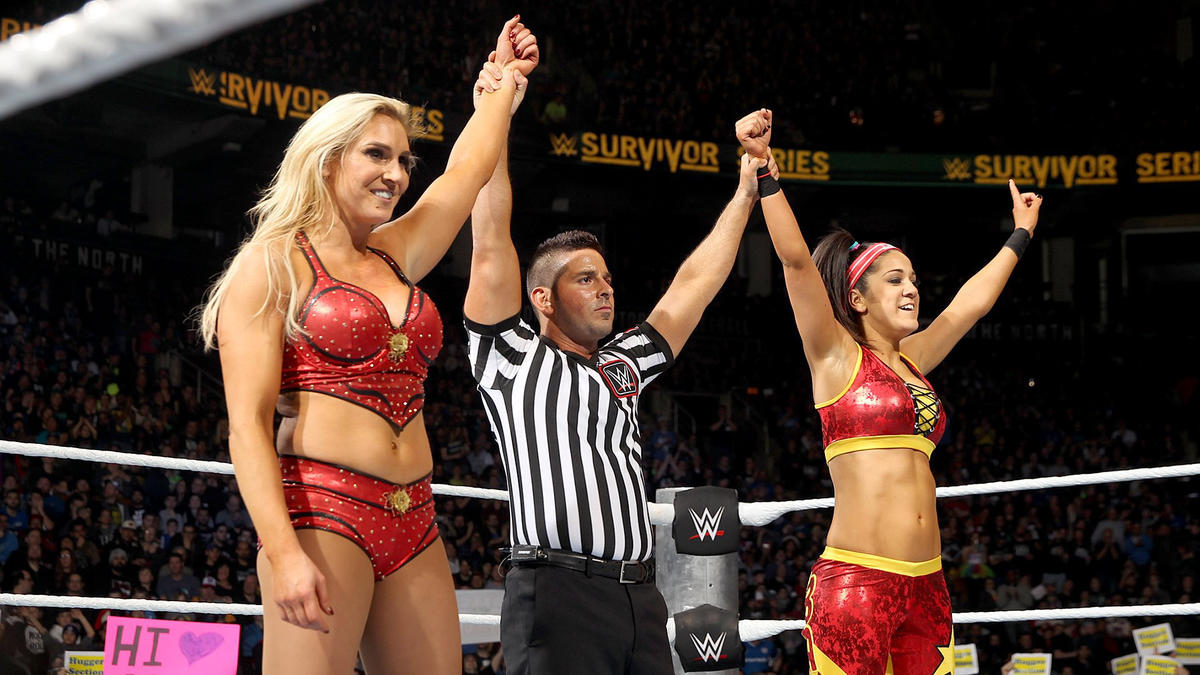 So they're moving forward with the Charlotte vs Bayley feud.

I'm begging you, please don't screw this up, Vince.

PLEASE don't screw this up. 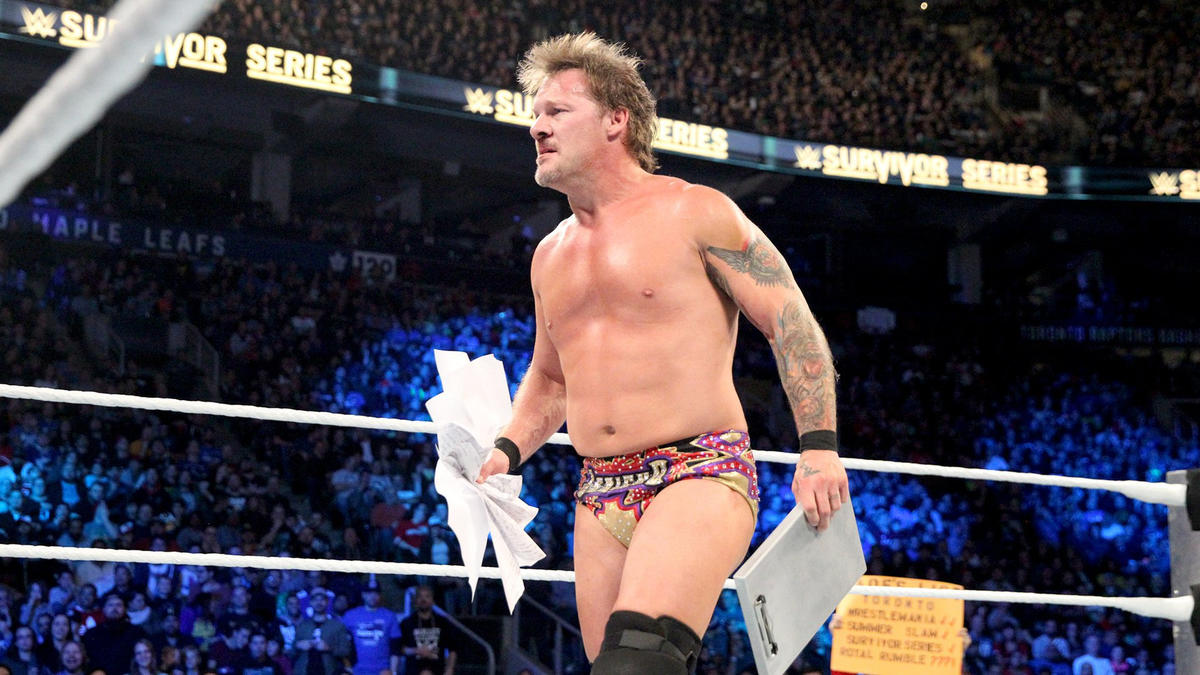 So Kevin Owens attacked AJ Styles with The List of Jericho, getting DQ'd in the process, and Jericho was distraught at the destruction of his beloved comedy prop.

And this is how we're going to get to the break-up of Jeri-KO.

I don't even know how I feel about that. 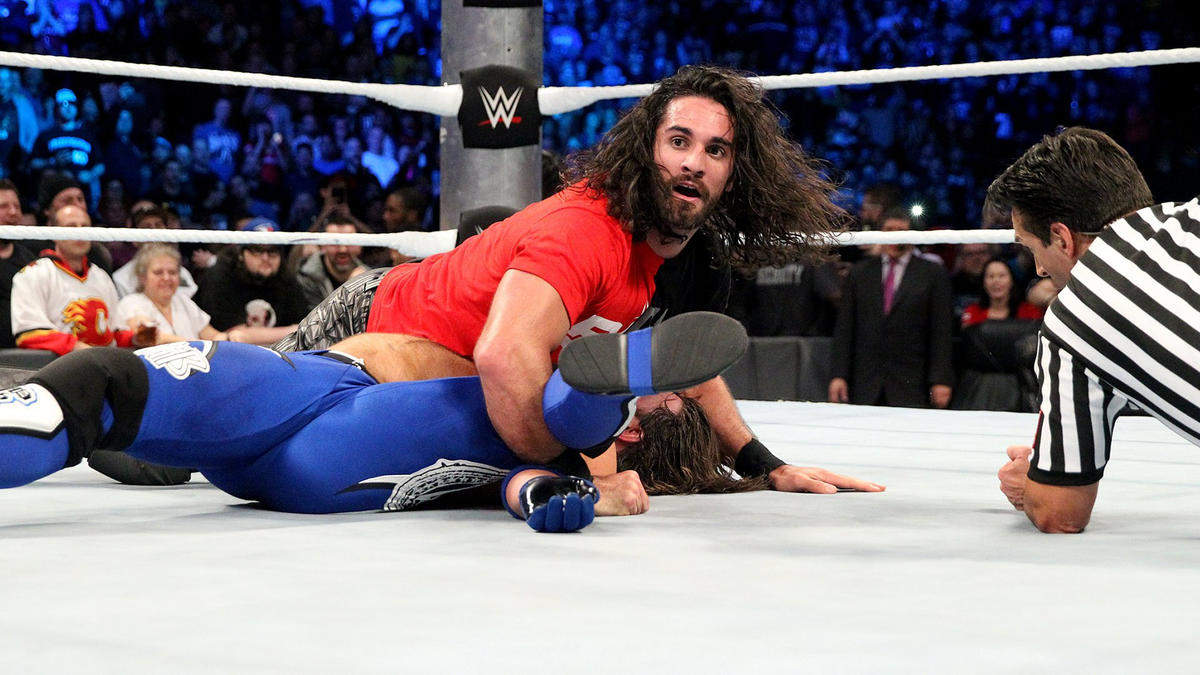 So the story is that out-for-himself Seth Rollins only agreed to be on Team Raw if Stephanie McMahon guaranteed him something in return and we're supposed to find out what that is tonight.

Team Raw lost, and I thought Stephanie said that she was going to fire all of the members of Team Raw if they lost.

So she's going to do that right? Because that was a serious threat and Steph is a woman of her word and that whole thing wasn't just some lame toothless storytelling device that gave Steph an excuse to do a mic drop, right?

Anyway, come back tonight for my Live Coverage

and the Live Viewing Party.

Until Then, I've Been Alex Pawlowski
and this is me walking back that whole
"this may have ended wrestling" statement.