Welcome to the weekly Uncooked Raw Reaction, where I'll take you through what happened on Monday night in order of self-proclaimed importance.

They said it was going to be a New Era and they were not playing, y'all. Let's get right to the action, because there was a lot of it.

So if you had "Vince Is Super Pissed at Roman and is Going to Use Stephanie as His Mouthpiece to Let The World Know About It Live on Monday Night Raw" in the office pool, congratulations, you won.

Stephanie ETHERS Roman. "Not a good guy, not a bad guy, just a loser." The whole reason the WWE Championship is on Smackdown and not on Raw is because Roman blew it.

Of course, this is Stephanie, and the old "Authority" behavior is so ingrained in her at this point, she also gives him a chance to be a loser again tonight, by putting him in one of the two Fatal 4 Ways to determine tonight's main event, which will then determine one half of the match at Summerslam, against Seth Rollins, to determine the brand new WWE Universal Champion.

That is the worst name for a belt that I have ever heard.

Best part about this is that we never see Stephanie or Foley again for the rest of the night.  No check-ins backstage in their "office," nothing. I can get behind this whole "Stephanie's not the most important character on the show" thing. Let's keep doing that.

The 8 men chosen to be in the two Fatal 4-Ways were kind of obvious, when looking up and down the roster.  Say what you want about Sheamus, but the dude was World Champ like 8 months ago. Cesaro, Rusev, and Roman Reigns should be no brainers. Sami Zayn and Kevin Owens, WHO NEVER SPOKE A SINGLE WORD TO EACH OTHER THROUGHOUT THE NIGHT OH MY GOD OH MY GOD IS IT FINALLY OVER, absolutely belong in this conversation too.  My only possible quibble is with 45 year old Chris Jericho, but who are you going to replace him with? On that roster? Titus O'Neil? Jack Swagger? Bo Dallas? You'd really rather see Big Show in there?  I wouldn't.

So those are seven of the competitors. The eighth? FINN FREAKING BALOR.

This is only about to get good, lads.

My god this match.

Four great workers, each with their own unique style. If you told me this was the co-main event at a Raw Brand PPV in 2017 for the title, while Seth and Roman are off having a grudge match in the other co-main, I'd say that was the best non-big-4 PPV of the year.

Somehow, this match, with four guys I like less than the four guys in the first match, was just as awesome and just as fun to watch as the first.  Sami looks like a million bucks, Sheamus gets to throw his weight around, Jericho heels it up well and even eats the pinfall to protect Sami.  Roman goes over, and at this point, we all kind of thought that they'd screw us, right?

Like they're going to let the new guy shine, but it was always supposed to be Reigns-Rollins at Summerslam, and that's what we're going to get, right?

He brings up a good point in this video:  A lot of people don't know who Finn Balor is yet.

Maybe they should have played this next video at the top of the show:

They did play it at the top of hour three, but from some of the chatter I've seen on Twitter, it appears like unless a vignette could add 50 pounds to the guy, it wouldn't have helped get him over with a certain part of the audience.

And if you think he should never be booked to beat a man who outweighs him by 75 pounds, then I can't help you.

This. Is not. A shoot fight. The outcome is predetermined and then the performers work backwards from the ending to tell that story.

This story is "On Finn Balor's first night on Raw, his birthday, he proves he belongs by outworking three great workers and then outlasting a former champion." That is the story, and they told it well.  If you don't like the story, take it up with Vince. I'm sure he'll be glad to hear your suggestions.

Here's the deal: Roman Reigns pissed off his boss, and his boss is punishing him.  In the last month and change, he's been pinned clean three times. Once by Rollins at MITB, once by Ambrose at Battleground, and once here by Finn Balor.

The last time he was pinned clean--CLEAN, mind you--he was in Florida Championship Wrestling, he was known as Leakee, and he was pinned by this gentleman: 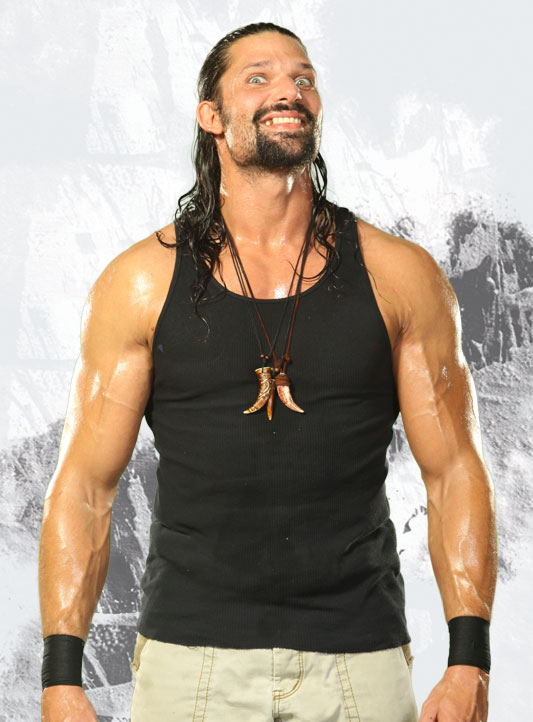 No there is nothing wrong with your eyes.

Yes, that is Adam Rose.

Yes, that's when Adam Rose was wrestling as Leo Kruger.

Yes, Leo Kruger was a crazy South African big game hunter whose favorite prey
was the most dangerous game of all: MAN.

And yes, objectively, that is a much cooler character than
"Party Boy/Lollipop Enthusiast."

This pinfall was over four years ago.

Reigns was protected for over four years, then he pissed off Vince, and this was the ultimate payoff.  Vince, the man who hates "little guys" more than anyone, booked Roman to lose clean to a guy who looks more like an Abercrombie model than the company's prototypical wrestler.

So if you don't like that Finn pinned Roman, blame Roman. Blame Vince. But don't blame Finn.

Okay, so I went on the Fightful podcast after Battleground and said that there was no way Charlotte kept the women's title past Summerslam.

This was the best women's match ever on Raw, and the best one on one women's match in the entire company since at least back to the IronWoman Match between Bayley and Sasha at Takeover: Respect.

If you have not seen this match, you owe it to yourself. It's absolutely fantastic.

From the crazy suicide dive and moonsault spots, to the nod to Eddie Guerrero in getting Dana ejected from ringside to the ladies throwing hands while Sasha is in the Figure 4, to the finish.

Nobody, but nobody, takes the Banks Statement like Charlotte. She looks like the guy at the end of Paranormal Activity 3. (Spoiler Alert)

This truly is a new era.

The era of Women's Wrestling tearing the house down on an episode of Raw.

This is The Boss Era.

How do you not root for Sasha Banks?

How do you not love her?

She has the potential to be the biggest star in the whole company, male or female.

I'm proud of her. And I'm proud to be a wrestling fan, when they tell these kinds of stories.

During the Attitude Era, the "Puppies" Era, not so much.

Can't wait to see where they go from here with Sasha.

THIS IS HOW YOU BOOK NIA JAX.

I like her more than a lot of people do, but even I admit that she still got a lot of room to grow. So how do you hide her deficiencies? You have her squash ladies like Britt Baker in under a minute flat, then have her do it again next week, until she's doing it to Summer Rae and Alicia Fox.  Then you have her challenge Sasha Banks for the title.

How is Sasha going to put the Banks Statement on this?:

Answer: She's not.  So she has to wrestle with an entirely different strategy, and I can't wait to see what that strategy is going to be.

And the Rest of the Show:

Seven Videos in the above playlist, here's what happened:

That's not the Too Sweet sign. That's two shadow puppet llamas huddled for warmth on a cold night in the Peruvian mountains.

Finally, I'll leave you with this:

During the draft last Tuesday, as everyone on Twitter was debating Sami Zayn going so far ahead of Kevin Owens, I Tweeted this:

I did not think they would get to it so soon. I am so glad they did.

WHAT A TIME TO BE ALIVE.