Uncooked Raw Reaction 8/29: Bow Down to the Kings

What a Time to be Alive.

Previously on the Uncooked Raw Reaction, "Plan B": I joked that when the creative team found out that Finn Balor had torn his upper everything, they panicked, and the best they could do on such short notice was A SERIES OF MATCHES.

Well, it appears that the 'E has had the last laugh, because wishes do come true, you guys.

We'll get to "that moment" in a sec, but first we should acknowledge how well they played this.

We got worked, y'all. And if you can't admit that, I can't help you.

Now, maybe we only got worked because we'd been beaten down for so long by Vince's predictable, terrible booking that we knew for a provable fact that either Roman or Seth was walking out the champ tonight.

Maybe, just maybe, Vince is even more in love with Big Cass than we all thought he was and the rookie was getting a monster push.

The one thing we all knew, without a doubt, was that Kevin Owens was not going to become champion.

Not now. Probably not ever.

And I've never loved being worked so much in my life.

The match, as a whole, was pretty great.

Big Cass got to shine. He Big Booted everybody, dropped the Empire Elbow on Rollins, and it took all three men hitting devastating signature moves to take him out of the match.

Enzo may have been upset, but Big Cass showed up strong.

Owens got into the act, too, but took three Superman Punches and was down for the count on the outside. When Roman hit the Spear on Rollins on the outside, we all thought it was just a matter of time.

And then the King came down from on high, materializing seemingly out of thin air.

Almost as if, FROM OUTTA NOWHERE.

When Haitch Pedigreed Roman, I let out a whoop that scared my cat.

When he kicked Rollins in the gut, I yelled so loud I woke up my wife who was asleep upstairs. She has a big meeting at work in the morning. She was angry with me.

I am sleeping on the couch tonight, but it was SO worth it.

What does the KO era hold in store for WWE? How are he and H going to rule?

Who made this call? It can't have been Vince, but at the same time, it kind of had to be, right?

From Owens' face, it was apparent that he didn't know this was going to happen. Like kayfabe didn't know. But I want more. I want it to be that he shoot HAD NO IDEA of the actual planned finish.

Like it was Seth who came to him and said, "There's been a change. When Roman hits you with the Superman Punch on the outside, just stay down until someone comes to roll you in the ring. After that, just go with it."

Like someone was planning the world's greatest surprise party just for KO.
Wouldn't that have been nice?

On his way out, HHH stopped to mad dog Mick Foley:

He then brushed past HIS OWN WIFE, without even looking at her.
BOW DOWN TO THE MOTHERF*CKING KING, Y'ALL.

I mean, Steph was obviously rooting for Seth.

But she appeared to have no clue what was going on either.

And lost in all of this is the biggest question of them all: Did they just finally turn Seth Rollins babyface? On the down low? With nobody really paying attention since HELLO TRIPLE H JUST MATERIALIZED OUT OF NOWHERE TO LITERALLY HAND THE TITLE TO OUR FAVORITE GUY? I mean, if you were going to do that, the Seth turn, and you didn't want to make a big deal out of it just yet, wouldn't this be the best way to do it? With this beautiful, immaculate smoke screen?

Is Seth's first Babyface feud with HHH aka The Based Haitch? Or is it with Owens?

And are we sure that Seth Rollins is actually the babyface in that feud?

Does anyone give a sh*t about Roman Reigns?

That's what I thought.

And I mean, I guess there's a chance that this is all going to lead to the bogging down of Raw with more authority drama, and there are those who will say that HHH made this all about himself when it should have been all about Kevin Owens, and I don't want to quibble with those people, but I think they're missing the point.

The point is, Kevin Owens is champion.

The point is, Kevin Owens is CHAMPION.

I mean, you guys:

Let's not get it twisted.

And personally, I love it.

But humble beginnings, y'all.

Kevin Owens is an insufferable jerk.
Kevin Steen is a wonderful man, who excels at playing an insufferable jerk.
And if you can't be happy for a guy like that,
who by all rights probably never should have made it in the WWE,
becoming the WWE Champion on the Flagship Brand,
then I want you to call a doctor,
because somehow you are alive and reading this
without a heart.

The crazy thing about the finish of the match is that it so far outweighed anything that came before it, that we forget what a terrible, pointless episode of Raw this was.

The only other thing that merits any real discussion at all is the amazing, stupendous, FANTASTIC alliance formed between Bayley and The New Day.

And that's only really because they spread them out over several hours of show time, even going so far as to give them a Fallout Video.

Here's a playlist, in case you missed the hijinks:

That is what Bayley and The New Day are together.

And no amount of Gallows and Anderson goof-tastic comedy bits can change that.

In all seriousness, though, I hope Dana Brooke becomes G&A's new manager full time. Keep her away from Charlotte. That's never been a thing that works.

And Bayley, don't ever change.

Seven videos in the above playlist, let's take this home...

WWE would have you believe that Cesaro is legitimately hurt. But I don't buy it for a second.

Went you watch the move in question, Sheamus back body dropping Cesaro into the ringpost on the outside, you can clearly see that at no point does Cesaro's "lumbar spine" ever come into contact with anything, unless I missed something in anatomy class and the "lumbar spine" is now located somewhere in the upper thigh region.

I just want to know what the angle is, because brother, it's a work.

Sheamus has like a 95% chance of going up 3-0, only for Cesaro to put together a win streak and even it up at 3 apiece. Right? We're all in agreement, yes?

So why don't we just skip to the end and have them wrestle just one more time and be done with it?

Oh right, because they're out of ideas.

Or the strip club.

You're right, it was probably the strip club.

They don't just give out 500 bucks in singles when you ask for Cash Back at the register at CVS.

Heyman had to make an extra stop on his way to the arena.

Oh, who am I kidding, Heyman probably had lunch at a Houston strip club and brought what was left after he put those girls through college.

Jericho vs Neville in the best match you were most likely to forget.

Seriously, this was a great match, with a great finish.

Neville for Cruiserweight champ, and Jericho for everything else, especially calling Tom Phillips "Felipe."

Please let's do that forever.

Nia Jax vs A Girl in a Sexy Santa Outfit. 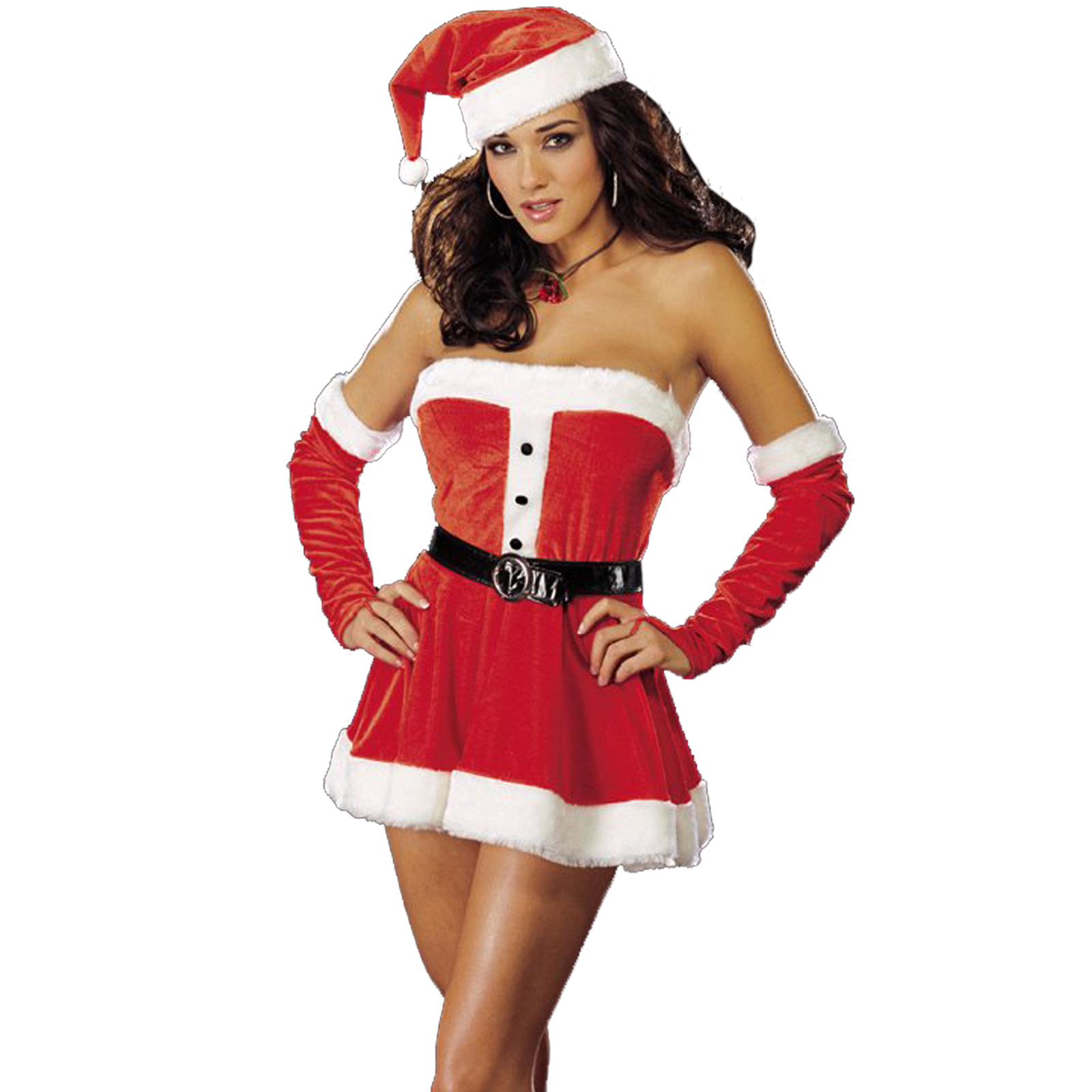 Braun Strowman vs A Tiny Man in an American Flag Costume

Hey so anybody else find it weird that on the night Kevin Owens becomes Champ, that this is the sh*t they saddle Sami with?

F*cking Jinder Mahal? You might as well have banished him to Superstars for the week.

You're tipping your hand, WWE.

Here's what I know: The last time Sami and Kevin fought in a ring, Sami won clean. As a whistling sheet.

Here's what I think I know: The only man who's going to take that title off of Owens is Sami Zayn.

And here's what else I definitely know: Hell in a Cell is coming up in a couple months.

And here's what I hope I don't know: Both men will kill each other in that match.

BUT IF THEY DON'T ACTUALLY KILL EACH OTHER, THO.

damn, what a match.

So that was Raw, kids.

Two and a half boring worthless hours followed by a great main event with a bonkers transcendant finish.

Was the first part worth the last part? Absolutely.

But they can't do that every week.

I'm willing to give the KO Show the benefit of the doubt, but you're on a short leash, Raw.

For the time being, let's just bask in the knowledge that this was always going to happen, and we should have known better all along:

What A Goddamn Time To Be Alive

Until Next Time, I've Been Alex Pawlowski
and this is me when Triple H showed up