I'm going to be stepping away from the Live Raw Coverage at Fightful.

In the meantime, I leave you in the very capable hands of Danielle Ortiz.

Welcome to Fightful.com's LIVE Coverage and Discussion for

Raw is live in Brooklyn, NY tonight and Braun Strowman and Roman Reigns are set for a match, and I can honestly say that I am not yet tired of this. 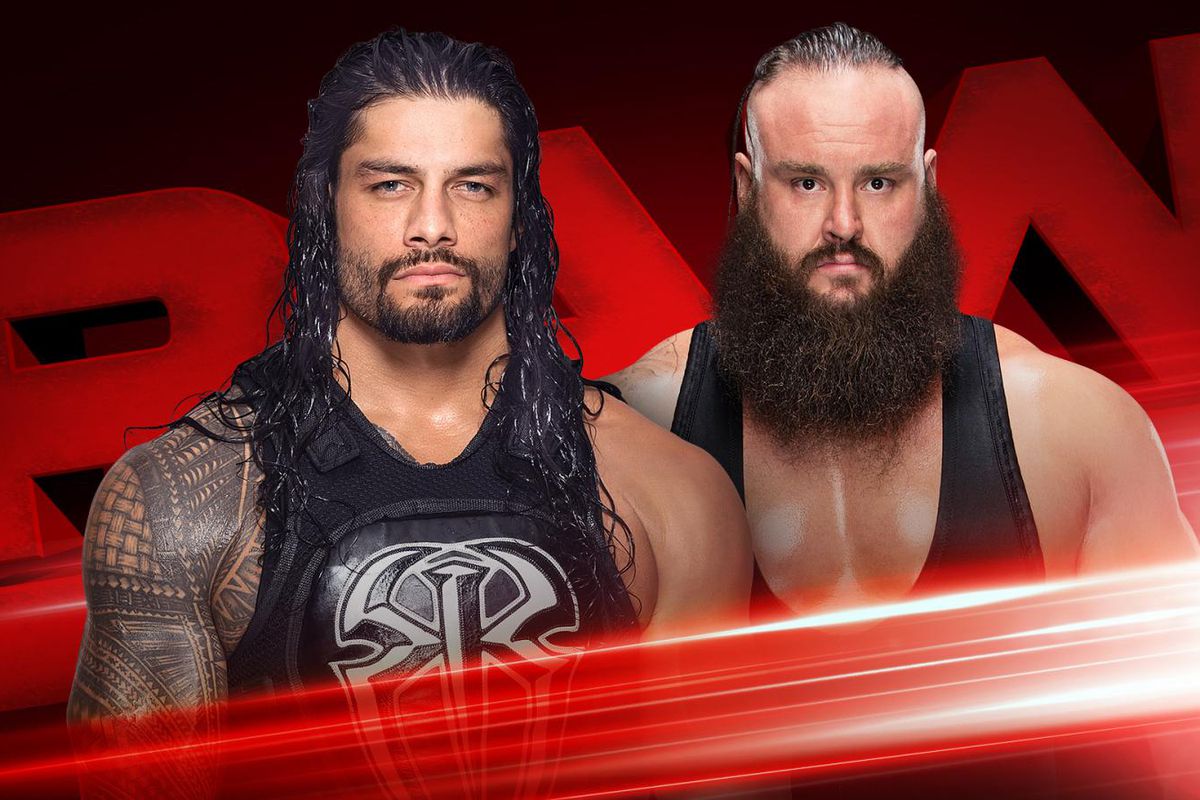 What will happen with General Manager Mick Foley?

What will happen during Jericho's Highlight Reel?!

With WrestleMania less than two weeks away, I am looking forward to see what tonight has in store for us!

Video package of last week events that ended Raw, Mick Foley calling out Stephanie and Triple H, followed by Rollins coming to Foley's rescue only to get torn apart by the Game.

Foley says that he is a humble man who has the honor of calling himself General Manager. He is reading from pre-scripted cards. Says he is thankful for Triple H and Stephanie for giving him the opportunity of a lifetime. He apologizes for the Mr. Socko incident. He continues reading from the script and says that for WrestleMania and his own personal sanity, effective immediately, he is taking a leave of absense.

HE SHREDS THE CARDS!

Foley says that he got handed the cards, and goes off! He's Mick Freaking Foley! He keeps having the microphone cut out on him intentionally.

Stephanie says she gave him a golden opportunity and then he physically attacked Triple H, and then gave him the cards as another opportunity. She says he can't get anything right and everything is about him being liked. The crowd LOVES Foley tonight.

He says that what Stephanie is doing to Foley is wrong and she has been wrong about a lot of decisions and no one has the guts to tell her to her face. She tells him to go to the back. Foley tries to tell him to go back and leave it alone. CM Punk chants ensue.

Sami says that Foley has more class in 9 months of General Manager than Stephanie's whole life. She says she should be ashamed of herself. She says he is not on level to come out and speak to her let alone question her.

Sami stays in the ring instead of leaving like Stephanie wants. He wants to do the "right" thing.

Out comes the Destroyer Samoa Joe. Stephanie tells Joe that it's ok, she has it, tells Foley to get out and she makes a match for Joe and Sami right now, Zayn is fired up and flies out of the ring on to Joe! Let's go!

We come back from the break and Joe is in control of the match, the two exchange punches. Kicks to Sami's torso followed by chops. Both go back and forth and still Joe is in control. Zayn takes a mean chop to the back. Sami delivers a dropkick but can't get Joe down. Powerslam by Joe, goes for the cover, kickout at 2. Zayn and Joe trading blows and Zayn taking the turnbuckle hard. Joe is trying to set up the muscle buster and has Sami on top rope. Joe gives him a spinkick and down comes Sami and he goes out the ring. Samoa Joe runs out th ring onto Sami and Joe throws Sami back into the ring.

Sigh... I hate commercial breaks in the middle of matches.

Ok, back and Joe has still got control, during the break Joe pretty much laid out Zayn and has him in a hold right now. Zayn working on getting out of it and does with a kick to Joe's face. Joe is called the Destroyer for a reason, Zayn has not caught any breaks this match. Zayn is laid outside of the ring with the official counting, Joe looking comfortable in the ring. Zayn just beats the count and Zayn is able to get Joe down with a clothesline. Zayn is all of a sudden fired up and delivers blows and a crossbody splash off the top rope onto Joe. Zayn goes for a cover and Joe kicks out at 2. The two move the action to outside of the ring. Zayn lines up Joe for a through the ropes DDT! Both are down! They make their way in the ring. Joe has Zayn in a headlock! Joe is crushing his head and Zayn taps! Samoa Joe is the winner.

Exclusives
A Look Back At Daniel Puder Getting His Ass Kicked In The Royal Rumble
Nidia Looks Back At The "Blind" Angle, Hardcore Holly Ribbing Her
Ricardo Rodriguez, Shane Helms Recall Their Comedic Spots In The Royal Rumble Match
Match Ratings For 1/22/2021 WWE Smackdown From Sean Ross Sapp
News On IMPACT And ROH's Tapings From This Week